Marijuana—the Mexican name for the cannabis plant—has been used for medicinal purposes for thousands of years. Despite movement toward legalizing marijuana throughout the country and its endorsement by many professional organizations, including the National Comprehensive Cancer Network, access to medical marijuana remains out of reach for many Americans.

Before deciding to try medical marijuana for the side effects of cancer treatment, you should know some important information.

What Is Medical Marijuana, and How Does It Work?

Cannabinoids are chemicals produced by the cannabis plant’s flowers, stalks, and leaves. When consumed, cannabinoids interact with neurotransmitters in your brain and receptors in your central nervous system to produce different effects on the body. The 2 most well-known cannabinoids are tetrahydrocannabinol and cannabidiol. Tetrahydrocannabinol is what produces the psychoactive reaction, or “high,” whereas cannabidiol is responsible for most of marijuana’s medicinal effects.

This article was written by Stephanie Fajuri, CLRC Director, and published by CONQUER Magazine in December 2018. 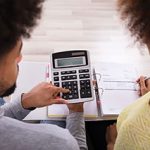 Your Legal Rights as a Cancer SurvivorNews and Events