Help Protect Medicaid and Millions of those with Cancer

We stand with millions of Americans living with cancer in opposing the Senate’s health care bill, released on Thursday.

If passed, the bill would deliver a devastating blow to those who rely on Medicaid, implementing caps on Federal funding for the first time since the program’s inception in 1965 and cutting $834 billion from the program over the next decade, including a phase-out of the Medicaid expansion. Although millions facing poverty or serious illness rely on Medicaid, the bill threatens to restrict access to life-saving services, perpetuate survivorship discrepancies, and compromise programs that allow people with cancer to obtain the care and resources they need.

Medicaid protects the most vulnerable among us. With the Senate bill’s proposed cuts, the Congressional Budget Office estimates that an additional 22 million people would lose insurance. Caps on funding could severely impact people with disabilities who need in-home supportive services (IHSS) in order to live independently. All of this would contribute to increased costs for people with disabilities (including cancer), which most already cannot afford.

The bill’s impact on the private health insurance market is equally as distressing, particularly for those with pre-existing conditions. Though the bill does not outright allow for discrimination against those with pre-existing conditions, states would have the option not to require health plans to cover essential health benefits, which means that while a person with a pre-existing condition might not be denied coverage, the coverage they would be able to afford might not cover the treatments and services they need and they might face lifetime or annual limits on benefits, limits which had been eliminated under the Affordable Care Act.

At CLRC, we will continue to do our best to protect families affected by cancer, extending our services no matter a person’s income level. We urge members of Congress to do the same.

Join us in advocating for the well-being of millions of children, low-income families, seniors, and people with disabilities or serious illness by calling your senators today. 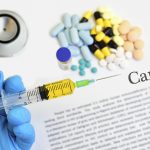 Report to the Nation on the Status of CancerNews and Events 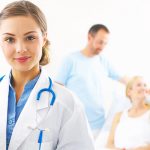