The Department of Education releases final regulations aimed at promoting equity by targeting widespread disparities in the treatment of students of color with disabilities.

DRLC works on behalf of individuals with disabilities within the education system and also has a focus on discipline and race.

Zayvion Davis-Jackson is an African-American first-grade student who was expelled from Victorville School District when he was in kindergarten based on a finding of “willful defiance” despite that there was ample evidence to support that the District was on notice that he may have a disability. We filed for due process to challenge his expulsion and to secure payment for an independent psychoeducational evaluation to determine whether Zayvion had a disability that would qualify him for special education services. We also simultaneously appealed the expulsion proceedings through the school board procedures. As a result, Zayvion is now eligible for special education services and began receiving services, and all references to his expulsion were removed from his educational record. These are services that Zayvion will likely be entitled to for the rest of his academic career.

Also, as you may know, shortly after we settled the case, AB 420 was signed into law limiting the use of “willful defiance” as a reason to expel or suspend students. It also prevents administrators from using that reason to issue suspensions to K-3 students. The willful defiance category had come under fire because it has been disproportionately used statewide to discipline African-American students and, in some districts, Latino students. In 2012-13, African-Americans made up about 6 percent of total enrollment, but 19 percent of suspensions for defiance. Studies have shown that even one expulsion can result in a higher likelihood of dropping out and coming in contact with the juvenile justice system.

The U.S. Department of Education today made available to the public final regulations under Part B of the Individuals with Disabilities Education Act (IDEA), aimed at promoting equity by targeting widespread disparities in the treatment of students of color with disabilities.  The regulations will address a number of issues related to significant disproportionality in the identification, placement, and discipline of students with disabilities based on race or ethnicity. The Department is also releasing a new Dear Colleague Letter addressing racial discrimination.

“Children with disabilities are often disproportionately and unfairly suspended and expelled from school and educated in classrooms separate from their peers,” said U.S. Secretary of Education John B. King Jr.  “Children of color with disabilities are overrepresented within the special education population, and the contrast in how frequently they are disciplined is even starker.”

King added, “Today’s new regulations and supporting documents provide the necessary guidance and support to school districts and build upon the work from public education advocates and local leaders who believe, like we do, that we need to address racial and ethnic disparities in special education. This important step forward is about ensuring the right services get to the right students in the right way.”

In order to address those inequities, IDEA requires states to identify districts with “significant disproportionality” in special education—that is, when districts identify, place in more restrictive settings, or discipline children from any racial or ethnic group at markedly higher rates than their peers.

Children of color—particularly African-American and American Indian youth—are identified as students with disabilities at substantially higher rates than their peers. It is critical to ensure that overrepresentation is not the result of misidentification, including both over- and under-identification, which can interfere with a school’s ability to provide children with the appropriate educational services required by law.  It is equally important to ensure that all children who are suspected of having a disability are evaluated and, as appropriate, receive needed special education and related services in the most appropriate setting and with the most appropriate discipline strategies employed.

This rule sets a common standard for identifying significant disproportionality in representation of students within special education, segregated school settings, and in receipt of disciplinary actions and ensures that school districts where disproportionality is found carefully review their policies and practices to determine root causes and whether changes are needed.  The final rule ensures that school districts explore and address situations where the cause of significant disproportionality is due to under-identification of a group as well as over-identification.

President Obama’s My Brother’s Keeper Task Force identified restoring equity for students with disabilities as a key priority, because there are lasting impacts on children when they are misidentified, including them being taught in classrooms separate from their peers and subjected to inappropriate disciplinary action. Today’s announcement delivers on that commitment.

The final regulations establish a standard approach that States must use in determining whether significant disproportionality based on race or ethnicity is occurring in the state and in its districts. In 2013, the Government Accountability Office (GAO) issued a report finding that, because states currently use a wide variety of methodologies for examining their districts, few states take action to address significant disproportionality; in fact, as the GAO found, only two to three percent of all districts nationwide are identified as having significant disproportionality, and some states’ methodologies for identifying districts for disproportionality were constructed in such a way that the GAO found districts would likely never be identified. Accordingly, GAO recommended that the Department require that all states adopt a standard approach to identify racial and ethnic disparities. With these final regulations, all states will use the same methodology, which will allow for more accurate comparisons within and across states.

Addressing the Root Causes of Disproportionality

The Department understands that districts need support to effectively address significant disproportionality, and these final regulations provide that support through additional flexibilities in the use of CEIS. Prior to these final regulations, districts identified as having significant disproportionality were not permitted to use their required 15 percent set aside for CEIS in order to serve students with disabilities, even if the district had identified racial disparities in the discipline and placement of children with disabilities. Likewise, CEIS funds could not be used to serve preschool children. Now, with these final regulations, districts identified as having significant disproportionality will have the flexibility to use their CEIS set aside to assist students with disabilities and preschool children with and without disabilities.

All children who require special education services should be appropriately identified and supported. At the same time, no child should be inappropriately identified for special education services, segregated from his or her peers, or disciplined more frequently or harshly simply because they are a student of color with a disability. These regulations will help ensure that the promise of IDEA is fulfilled without regard to race or ethnicity.

The final regulations incorporate changes to the Department’s initial proposals from the comments we received in many ways, including:

Meanwhile, the Office for Civil Rights (OCR) is also releasing a new policy document to support educators and administrators as they work to identify students’ need for special education. This new policy document was created to remind states, school districts, and public schools of their legal obligation to prevent discrimination on the basis of race in special education.  OCR’s enforcement experience suggests both over-identification and under-identification based on race are occurring in schools.

“All students deserve access to the world-class education federal civil rights laws demand,” said Catherine E. Lhamon, assistant secretary for civil rights.  “The Department will continue its work with school communities to safeguard the rights of our students with disabilities, students of color, and all students to ensure educational equity.”

The letter outlines how to avoid racial discrimination in the referral for disability evaluation, the evaluation process itself, and the provision of special education. It also provides ten illustrative examples that provide further guidance on those processes. 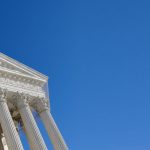 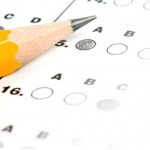