As the U.S. Supreme Court prepares to consider how much educational benefit schools must provide students with disabilities, everyone from lawmakers to states and advocates are weighing in.

A dozen amicus briefs have been filed in the case known as Endrew F. v. Douglas County School District since the high court said this fall that it would take up the matter. The case marks the first time in more than three decades that the Supreme Court will hear arguments about the Individuals with Disabilities Education Act’s mandate that public schools provide children with disabilities a free appropriate public education, or FAPE.

The suit was brought by Joseph F. and Jennifer F. after they removed their son with autism from his Colorado school district and placed him in a private school. The parents sought reimbursement from the Douglas County School District arguing that the boy, Drew, was not provided FAPE. However, a hearing officer and two lower courts sided with the school district, determining that FAPE was provided because Drew received “some” educational benefit. The family subsequently appealed to the Supreme Court asking for clarity on how much benefit FAPE requires citing differing standards from courts across the country. With the matter now set to go before the high court, the case is garnering attention from all corners.

A half-dozen former U.S. Department of Education officials, including those who worked on special education policy under both Democratic and Republican administrations, filed a brief asking the justices to support a high bar for FAPE calling the standard relied on by lower courts in this case “contrary to the terms of the statute.” Meanwhile, 118 current and former Democratic members of Congress are urging the court to side with the family, insisting that “Congress intended the requirement that states provide an ‘appropriate’ education to mean one that meaningfully benefits the student.” A separate brief filed by the attorney generals from Delaware, Massachusetts and New Mexico expresses similar sentiments. The Supreme Court has also heard from a wide variety of advocacy groups including the National Disability Rights Network and the Council of Parent Attorneys and Advocates among other stakeholders.

The case is expected to be heard in January. 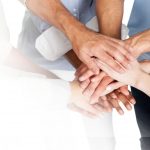 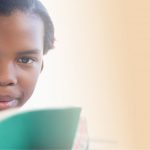