Athletes with Disabilities in the Olympic Games

People connect athletes with disabilities with Special Olympics, Paralympics or Deaflympics. Few know that at least 21 people with disabilities have competed in the Olympic Games, beginning in 1904 with George Eyser, an American gymnast who won three gold medals even though he lost his leg as a child in a train accident. Since then, many of these special athletes have been either vision, hearing or speech impaired, or single or double amputees. However, a few stand out as being even more inspirational because their athletic achievements seem impossible. For example, Lis Hartel, a Hungarian equestrian athlete, won silver medals at the 1952 and 1956 summer Olympics in Dressage even though she was paralyzed below the knees as a result of polio. Not only did she require assistance on and off her horse, she couldn’t feel the horse below her knees.  Although dressage requires a set of complex, minute leg movements to communicate with the horse, Hartel managed these movements with only the use of her inner thigh muscles on top of an average 1400-1700 pound dressage horse. Another Olympian, South Korean archer Im Dong-Hyun, won Olympic gold in 2004 and 2008, and bronze in 2012, even though he is legally blind (20/200 vision in his left eye and 20/100 vision in his right eye). 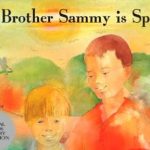