Living with a Disability and Unmet Health Needs

According to the World Health Organization (WHO), more than one billion people are estimated to live with some form of disability. This corresponds to about 15 percent of the world’s population. Disability rates are increasing in part due to aging populations and an increase in chronic health conditions. People with disabilities seek more health care than people without disabilities and have greater unmet needs. For example, a recent survey of people with serious mental disorders showed that between 35 and 50 percent of people in developed countries, and between 76 and 85 percent in developing countries, received no treatment in the year prior to the study. Health promotion and prevention activities seldom target people with disabilities. For example, women with disabilities receive less screening for breast and cervical cancer than women without disabilities. People with intellectual impairments and diabetes are less likely to have their weight checked. Adolescents and adults with disabilities are more likely to be excluded from sex education programmes. For more information, please go to http://www.who.int/mediacentre/factsheets/fs352/en/. 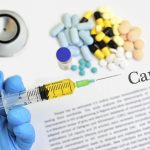 Report to the Nation on the Status of CancerCancer
Help Protect Medicaid and Millions of those with DisabilitiesAdvocacy, Cancer, Civil Rights, Miscellaneous, Uncategorized