Sacramento, CA – May 25, 2016 – A major class action lawsuit filed today details horrific civil rights abuses in a California jail against people with disabilities, as well as cruel retaliation against detainees who make their concerns known. The federal suit alleges that the Shasta County Jail, in Redding, routinely ignores and fails to comply with the Americans with Disabilities Act (ADA) and other federal and state laws. As of 2013, approximately 11,000 prisoners are processed through the jail each year. The jail’s extensive violations restrict disabled prisoners ability to sleep, use the restroom, shower, worship, recreate, exercise, and move around the facility. 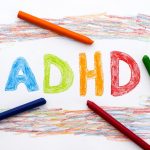