A lawsuit filed late Wednesday in Sacramento federal court alleges horrific civil rights abuses of disabled inmates in the Shasta County jail. The suit also alleges retaliation by Sheriff’s Department staff against disabled inmates who complain about the absence of facilities that can be accessed by them.

Complainers are denied cancer medication, served tainted food and told grievance forms are better used to “wipe their ass,” the complaint declares. It says other punishments for speaking out include body cavity searches, lock down in solitary confinement, and canes and walkers taken away from the inmates and at times destroyed.

The jail in Redding routinely ignores and fails to comply with the Americans with Disabilities Act and other federal and state laws, the complaint claims. The conditions restrict disabled prisoners’ ability to sleep, use restrooms and showers, worship, exercise, and just generally move around the facility, it alleges.

As of 2013, approximately 11,000 prisoners are processed through the jail each year.

The suit was brought on behalf of four individuals who have done time in the jail and the non-profit Legal Services for Prisoners with Children.

No one was immediately available for comment at the Shasta County Sheriff’s Department. 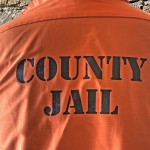 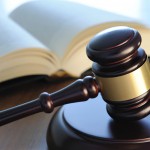