This moving book for ages 4-12 realistically portrays what it is like to be a sibling of an autistic child. Written by Becky Edwards, who specializes in teaching autistic children, the story centers on Sammy and his older brother, who is angry because Sammy does not know how to be a “normal” brother. Then one day, Sammy’s brother realizes that Sammy’s ways are not so bad after all and starts having fun with his brother. In the end, Sammy’s brother understands that both he and Sammy are special. In one review, a mother said her autistic son brought this book home from the school library for her to read to him and his brother at bedtime. The mom became “choked up trying to get through it” because it is “very touching and sweet and offers a great answer to the question of how to get your autistic little brother to play with you”. My Brother Sammy is Special has great reviews on goodreads.com, http://www.goodreads.com/book/show/2884294-my-brother-sammy. Edwards’s earlier book, My Brother Sammy, won the Best Children’s Picture Book of 1999 awarded by the English Association. Check it out on Amazon at http://www.amazon.com/Brother-Sammy-Special-Becky-Edwards/dp/1616084804. 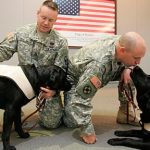 Athletes with Disabilities in the Olympic GamesMiscellaneous